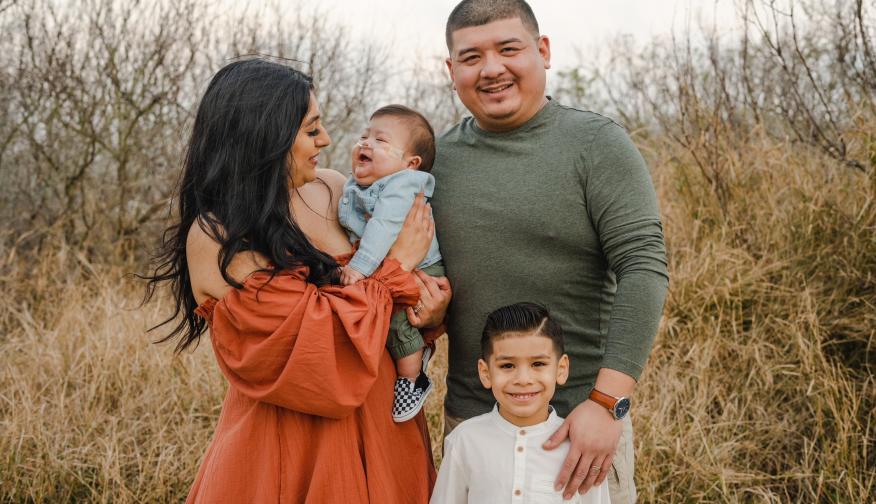 Faith is what has gotten Linda Salas and her husband, Jairo Rodriguez, through a journey that began when Linda was 20 weeks pregnant. That’s when she got a phone call from her OB/GYN office saying something abnormal came up in her bloodwork.

An appointment was immediately made with Driscoll’s Maternal Fetal Medicine Department. The couple prayed together as they awaited the news about the sonogram.

Maternal Fetal Medicine Specialist Maurice Eggleston, MD, diagnosed Andre in utero with spina bifida, a condition where the spine and spinal cord don’t form properly. In addition, they were told Andre would be born with chiari II malformation and hydrocephalus, birth defects commonly associated with spina bifida. Andre would need surgery soon after birth, news the two were not expecting to hear following what had been an otherwise normal pregnancy. 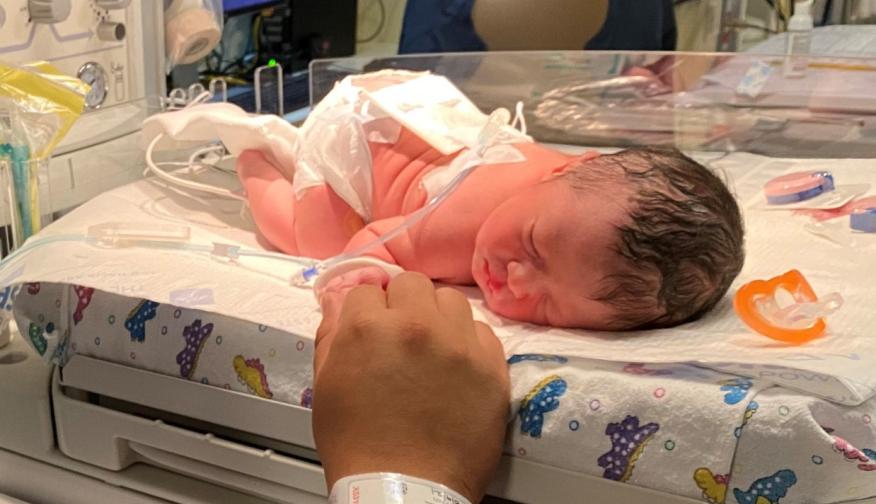 “My heart sank when the doctor told us our son might be paralyzed from his hips down,” said Linda. “I couldn’t hold in my tears.”

The couple immediately started doing their research on a medical subject they previously knew nothing about.

Linda said their biggest supporter was Dr. Eggleston. “He gave us so much faith and strength, always reminding us how these kids are very resilient.”

With Dr. Eggleston’s assistance, Linda was introduced to Driscoll Neurosurgeon Ashley Hanna, MD, FAANS, who would perform Andre’s surgery after he was born.

“The staff at Driscoll had us set up and ready for Andre’s arrival,” Linda said. “They knew his diagnosis and what had to be done, giving me and my husband peace knowing (Andre) was already getting the best care.”

Andre was born August 9, 2021, at CHRISTUS Spohn-South and immediately transferred to the Level IV NICU at Driscoll Children’s Hospital, where Dr. Hanna and her team were ready for his arrival.

“She was amazing,” Linda said of Dr. Hanna after a successful surgery to close Andre’s spine. She also praised the NICU staff and physicians who cared for Andre during his five-month stay. “We are forever grateful for this team that became our family.”

Andre’s family has been living in Corpus Christi for six years. Linda said now she understands why.

“Now I see how faith brought us here,” she said. “Those days we felt defeated, those days we cried by his bedside when he was sick, we finally saw the light.”

Linda is pleased with Andre’s progress since being released from Driscoll’s NICU on January 15, 2022. 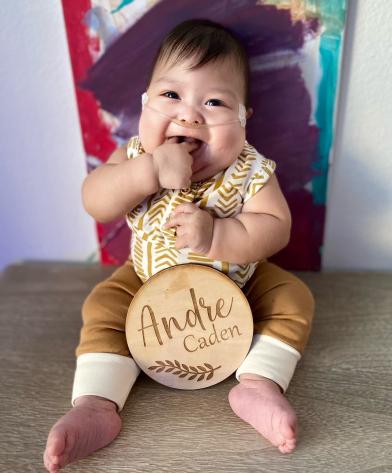 “Our Andre is already defeating the odds. He’s a kicker. He moves his legs up and down. He is such a happy baby despite going through a big procedure on his back that took about four months to heal, to completely close.”

Linda realizes Andre’s journey has not been a singular one.

“With everyone’s help our Andre is here today to tell his story. He is home thriving each day and enjoying all the little beautiful things in life. We continue to have follow-ups at Driscoll to make sure our little boy is growing strong and healthy.”