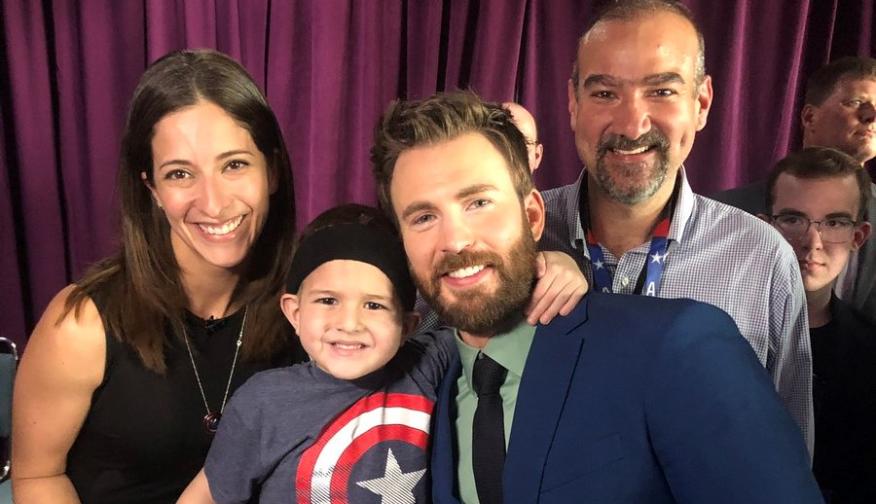 Gerry and his wife, Patricia, lost their seven-year-old son Felipe (“Pipe”) to brain cancer in 2020 after being diagnosed in 2015. He understands firsthand what Driscoll parents go through as they fight to get the best healthcare possible for their sick child.

"Having to hear the words 'brain cancer' and 'son' in the same sentence, it can be pretty scary," said Gerry. "Our life was pretty perfect before then, and then upside-down in a snap."

A native of El Salvador, Gerry was a successful filmmaker and advertising & marketing professional who spent most of his career in the advertising world. He was the Executive Creative Officer for the biggest agency in Central America and the Caribbean for 15 years, but with Pipe’s diagnosis, he realized he would need to rethink his life and focus on the health of his son.

Patricia was eight months pregnant with Marcelo, who is now six, at the time of Pipe’s diagnosis. Their oldest son Fernando, now 16, was 10 at the time.

After the diagnosis, Gerry knew what had to be done.

“Immediately, my new role in life became that of my son’s primary caregiver. I spent five years essentially living in the pediatric pavilions of many hospitals, in Texas and Latin America. I quickly became an ‘expert’ on all things hospital and medical for my son, including cancer,” he said.

Gerry moved his family to the Houston metro area so that Pipe could be closer to the doctors at M.D. Anderson.

“My world was cancer, namely fighting cancer, and despite having thought there was no greater purpose than my career in communications, I quickly realized it paled in comparison to the purpose of fighting for my son’s life,” he said.

Gerry developed a media campaign, #TodosSomosPipe, to tell Pipe’s story and to raise awareness and money for childhood cancer research.

During all the endless days of medical procedures, Pipe was a trouper, a true fighter. Like other cancer patients that young, it was the only life he knew, so he did all he could to make things better. Pipe’s fighting spirit was eventually noticed by a fictional fighter, who was one of Pipe’s favorites.

In 2019, actor Chris Evans, aka Captain America of The Avengers, heard about Pipe’s heroism and sent him a video, inviting him to be an Avenger and to attend the red carpet premiere of “Avengers: Endgame” on April 22, 2019, at the Los Angeles Convention Center. Pipe was in his element, surrounded by his fellow Avengers.

"We know what he must've felt because we lived with a superhero every day. He was our superhero, and we loved him so much. That's how he felt when he met his superheroes, who are all these people from the Marvel Universe," said Gerry. “Captain America’s comments not only made Pipe stronger, but they made him happy.”

Despite numerous surgeries, the valiant Avenger succumbed to brain cancer on Sept. 16, 2020.

“When I returned to work shortly after Felipe’s passing, I began to feel an immense gap in my professional life. While I was happy to be back in my professional career, I realized I was missing something. That something was the need to do something more meaningful, perhaps for those who are facing similar circumstances as the one my family endured.” 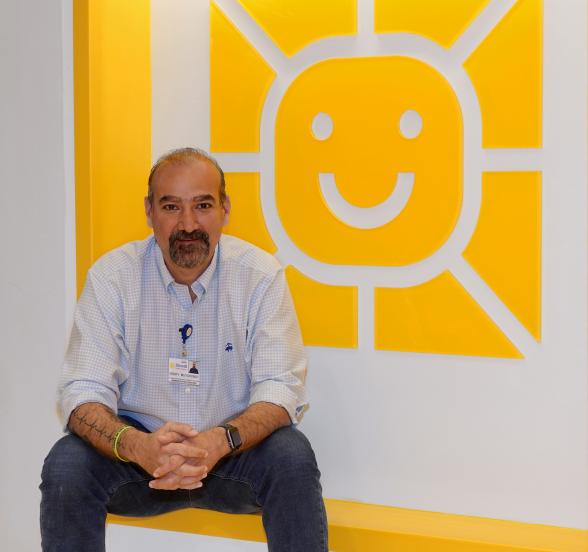 Gerry described the opportunity to work at Driscoll as “Kismet.”

“When I was contacted about the Senior Marketing Director position at Driscoll, I felt like a light went off. The position would allow me to totalize more than two decades of professional experience, allow me to unleash my deep passion and drive to help a hospital, families and, ultimately, children.”

Gerry started the new job March 14. Already his passion and commitment to patients and their parents are making a difference.

“His experience in marketing coupled with his empathy for families with children in need of healthcare make him an ideal representative for Driscoll,” said Sean Pieri, Vice President of Development at Driscoll Children’s Hospital.