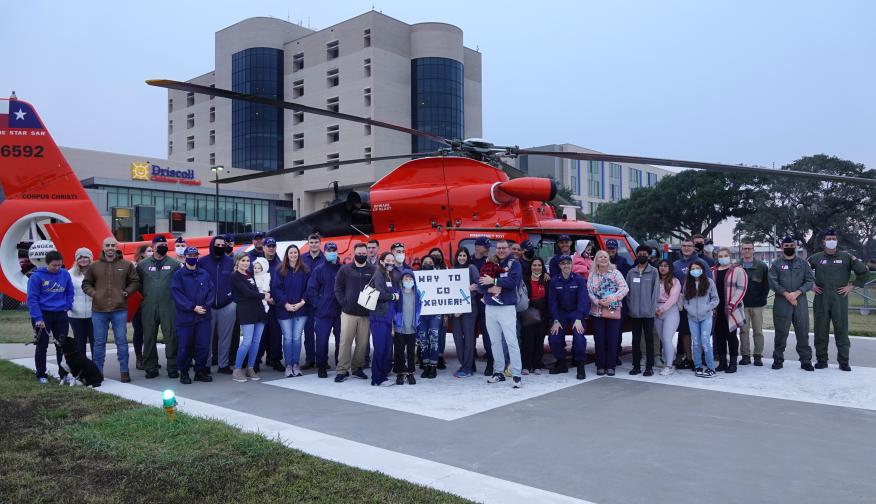 Two years ago, Coast Guard member Scott Ferguson and his family received the diagnosis that his 8-year-old son Xavier had Leukemia. 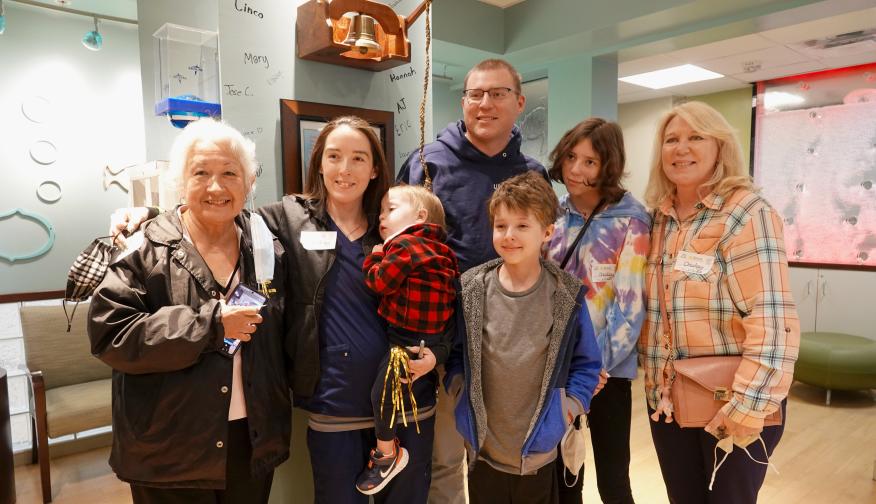 Xavier’s big milestone was celebrated by ringing the bell in the Driscoll Children’s Cancer and Blood Disorders Center to signal completing his final treatment.

As the doctors discharged Xavier, a Coast Guard MH-65 helicopter arrived to the hospital's helipad.

When Xavier and his family walked out of Driscoll Children's Hospital, they were surprised by a group of friends and Coast Guard members waiting to celebrate Xavier’s completion of his treatment. Xavier also got to take a seat inside the helicopter as his father's fellow guardsmen explained how it works. 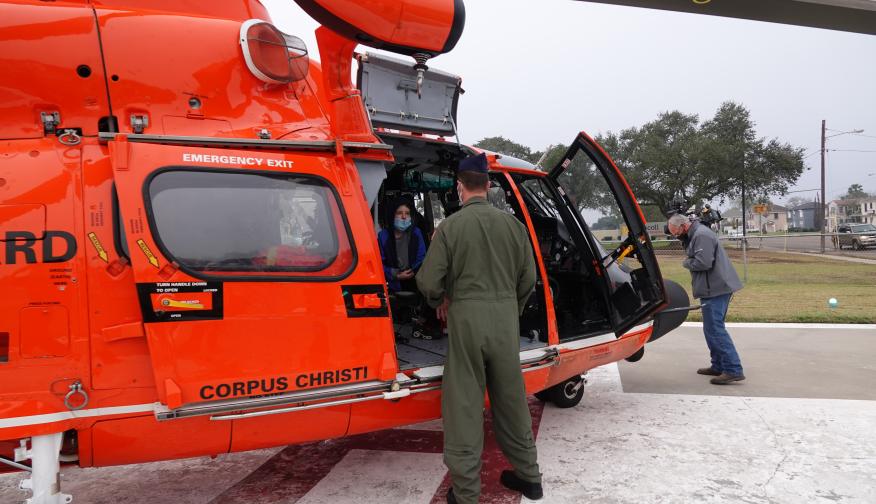 Thank you to the Coast Guard for helping celebrate Xavier’s completion of his treatment. 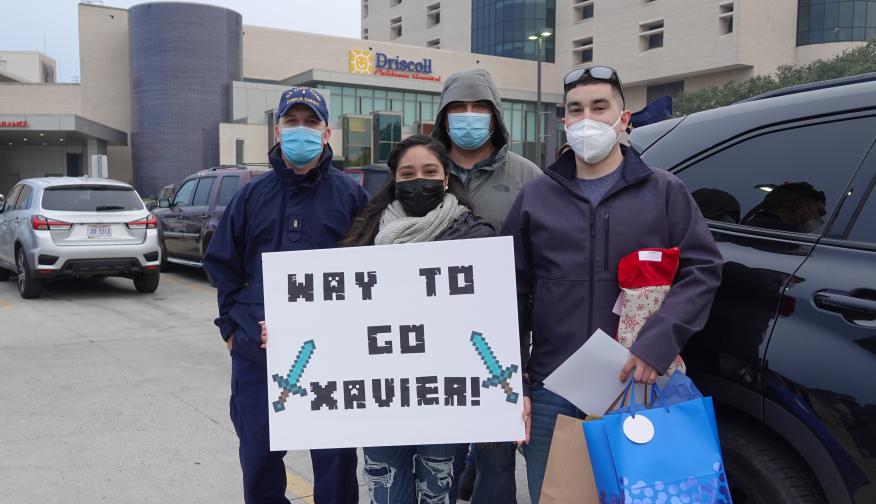